Letters to You » MUSIC » Interview with Vindu, the new lofi hip-hop generation 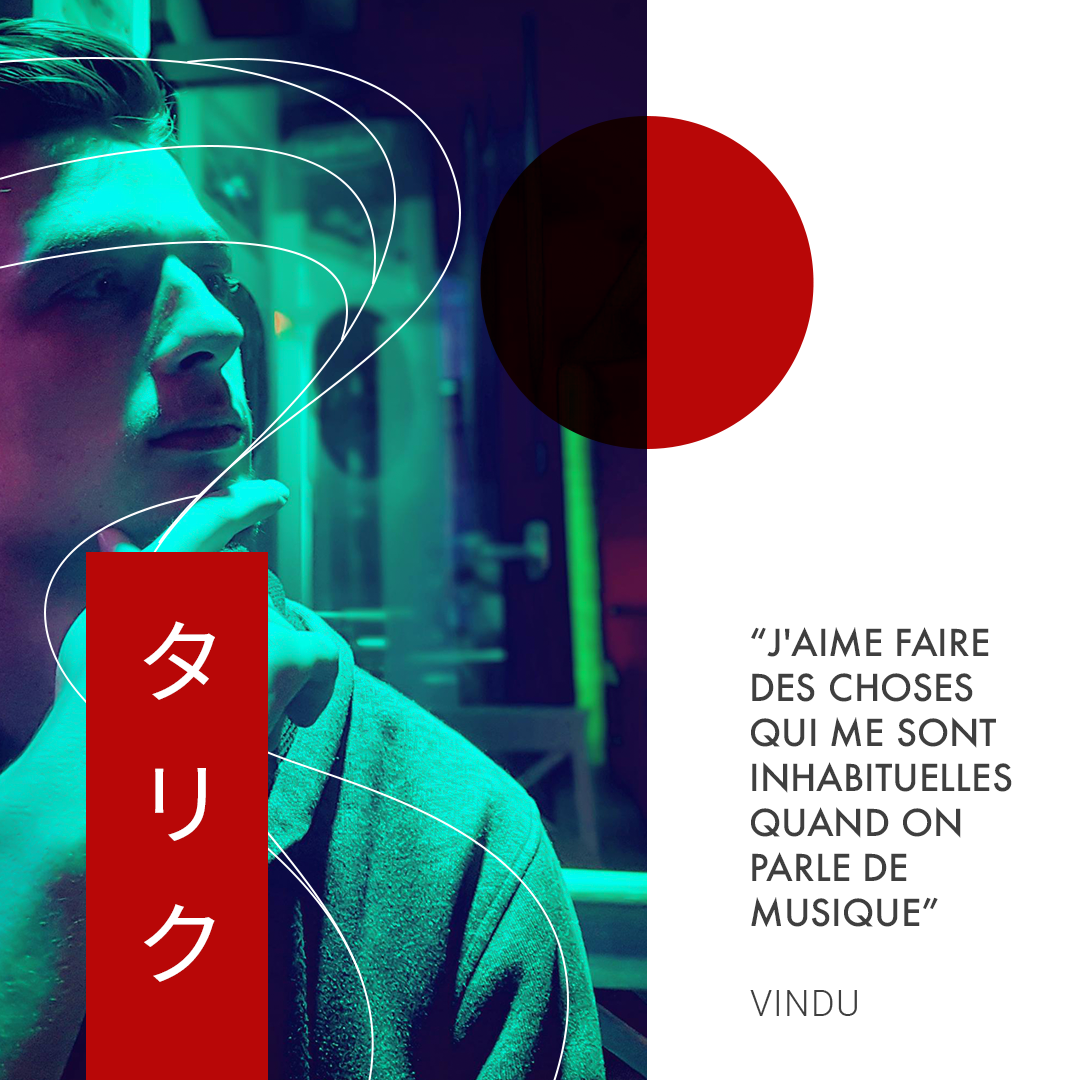 Vindu is a young lofi hip-hop producer from Bosnia and Herzegovina. He mainly draws his inspiration from the sounds of traditional Japanese instruments. His unique style makes him one of the new talents to follow on the lofi hip-hop scene! For Letters to You he agreed to deliver an interview rich in musical references and in good humor!

• Where were you born?

I was born in a small town in Bosnia and Herzegovina.

• Do your friends give you a nickname?

In fact, I had a few nicknames, but now it's mostly Vindu, which I self-proclaimed 😁

• What is the first album that really made you discover music?

Oh, not sure about the album but definitely an Avicii song called "Levels"

• When and why did you start music?

From my high school days, I listened to NCS music on YouTube and there was a recommended video that had FL Studio in it. I clicked on it, the rest is history. It was around 2014 I believe.

• Where does this Japanese inspiration come from in your songs?

Well, I liked the sounds of their instruments, it was something I had never heard before and I like to do things that are unusual to me when it comes to music.

• What is your last album called? And what does that mean for you?

I'm actually going to talk about the upcoming album called “Farewell Tokyo”. So I had been planning a trip to Japan for a long time now, then the Covid hit and everything fell apart. I decided to make travel music for everyone who travels to Japan and one for me once my trip to Japan is done. Each song has its own story.

• What do you do to relax when you're not composing music?

Playing video games, but I end up crazier than calm 😅

• What would be your dream featuring?

Oh, in the Japanese lofi or chillhop genre that I do, I would love to work with Drake, Future or Kanye for sure.

• What is your favorite part when creating a song?

The beginning for sure, I love to see songs evolve from a simple melody to a full made one.

• The best dish to eat during a recording session?

Everything from snacks to pizza. You kind of forget what you eat while producing.

• What album did you listen to on repeat when you were a teenager?

I was into punk-rock music a lot when I was a teenager, so it's "When The World Comes Down" and "Move Along" by The All-American Rejects.

• What is your latest musical discovery?

Country music, but not completely country, more a combination with other genres. I enjoyed it very much. I discovered a playlist on Spotify that really appealed to me. Also, indie music is one of my recent discoveries.

• The music you will put on for your wedding?

It should be a common song but I'm not getting married anytime soon. One of the few songs that comes to mind is "Crashing" by Illenium (stripped version), "we fall in love in october" by girl in red, "Paris" by The Chainsmokers or "Can't Help Falling in Love” by the one and only Elvis Presley.

• And the music for your funeral?

Either “The Nights” by Avicii or “Anchor” by Novo Amor.

• Which song is the most moving for you?

I don't have many, but I can point out “Carry You” by Novo Amor, “Skinny Love” by Bon Iver which is incredible and the story behind the album the song is on.

• The song to listen to after a breakup?

"Happy" by Oh Wonder or "Wicked Games" by Parra for Cuva and Anna Naklab but even the original song "Wicked Games" hits hard. I also just remembered “Lie” from NF.

• The best track to chill quietly?

There are far too many to begin with. Most of the songs I mentioned above, music from Novo Amor, Birdy, Bon Iver, Oh Wonder, Petit Biscuit and many more, but really many more.

• Which song best represents you?

Ahh, I've been asked a lot. It really depends not to lie, “The Nights” by Avicii and “Anchor” by Novo Amor, which also explains the songs from my funeral.

• The best movie soundtrack in your opinion?

I think we can all agree on this question, "Time" by Hans Zimmer is the only right answer here.

Album of the week: Keep Doing What You're Doing – You Blew It!

Album of the week: In Utero – Nirvana