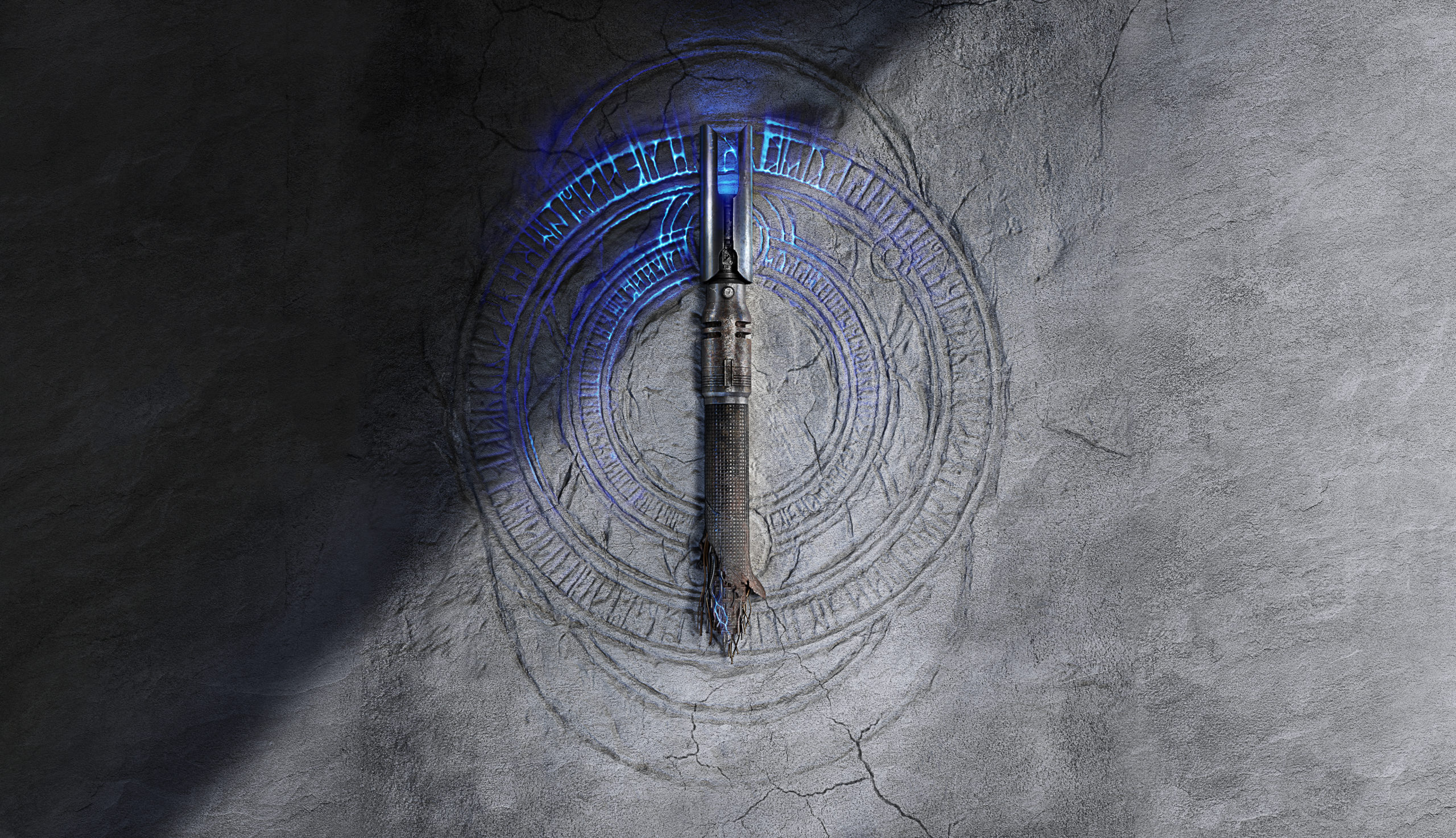 It has the ancient ruins of mystical past civilizations seamlessly blended with the crushed hulks of lightning-fast spaceships; the militaristic, sterile, black and red halls of the Empire, with sliding doors that quickly open onto lush landscapes. Alien life lurks everywhere, some cutesy, some deadly.

Every planet – but especially the icy, windswept stone villages of Zeffo that are overrun by stormtroopers – could be a Star Wars movie setting. And Cal Kestis is a model Jedi protagonist – an apparent lonely, sullen person in the armpit of the galaxy whose fate is suddenly redirected to heroism. Her adorable droid companion, BD-1, clings to her back, chirps in robotic language and helps her with holographic cards and the occasional wisdom. Maybe he was the runt of the R2-D2 litter.

The game is set in a time that Obi-Wan Kenobi called the "dark times," years before Luke Skywalker brought new hope to the galaxy. Most members of the Jedi Order, who once served as intergalactic blue helmets, are either dead or in hiding. The nascent Empire prospers.

A former child Padawan apprentice who never completed his training, Kestis lives a solitary life on the planet Bracca, ditching starships for credits. But soon, the Inquisitorius, a squad of force-sensitive professional Jedi hunters, hunts him down. In the opening scenes, Kestis flees before being rescued by an ancient Jedi master (and more complex Fallen Order character) Cere Junda. Together, aided by Greez, a four-armed alien pilot with a gambling addiction and a bounty on his head, they seek to rebuild the Jedi Order.

Does it sound like stories and characters you've seen before? That's because Fallen Order is a concoction of everything Star Wars has produced so far. With so many expectations, few risks were taken. The game's developer, Respawn Entertainment, has worked closely with Disney-owned Lucasfilm, which keeps a tight leash on any Star Wars product.

Not only does it strictly adhere to the franchise's motifs, but Fallen Order also plays it safe on the gameplay side, bringing together some of the most successful features from other video games rather than charting its own path. Lightsaber combat is heavily influenced by 2018 hit God of War, which innovated to make every ax fight feel heavy and dangerous, and Dark Souls, where every enemy is defeated in a different way. These influences are welcome: Kestis has never been properly trained in the force, and his first tries are difficult enough.

Still, it's a game that will occasionally thrill on a PlayStation 4, which could do with a little extra hyperdrive fuel to keep it running. Or maybe Respawn needed another month or two for the polish. Sometimes encounters seem unfair because Kestis is slow, and it's hard to tell if that's by design or design flaw.

Levels are complex, multi-layered and difficult to navigate, with hidden rooms and shortcuts – a nod to Tomb Raider, Uncharted and Metroidvania games. As Kestis' journey progresses, he may unlock new areas, and I urge you to return to old planets as certain key items, including "boosters" that double your health, cannot be picked up. only during reruns. When you're in a tricky boss fight, you'll be grateful.

Whether you like Fallen Order may depend on your view of the more recent Star Wars movies. If you're a fan of Force Awakens directed by JJ Abrams, a film that lovingly and religiously captured George Lucas' original feel, then Fallen Order will light you up with the force that binds us all together. For those who preferred Rian Johnson's new take on The Last Jedi, a film that takes risks, breaks taboos, and even challenges the saga's entire premise, then Fallen Order will seem a bit too simple.

Reviving a much-loved and much-missed Star Wars genre, Fallen Order does exactly what it set out to do. It hits the bar, but then stops, with a set of characters and adventures that aren't particularly intriguing or fresh, but certainly feel like they've come from this very particular galaxy, far, far away.

Oliver Holmes for The Guardian