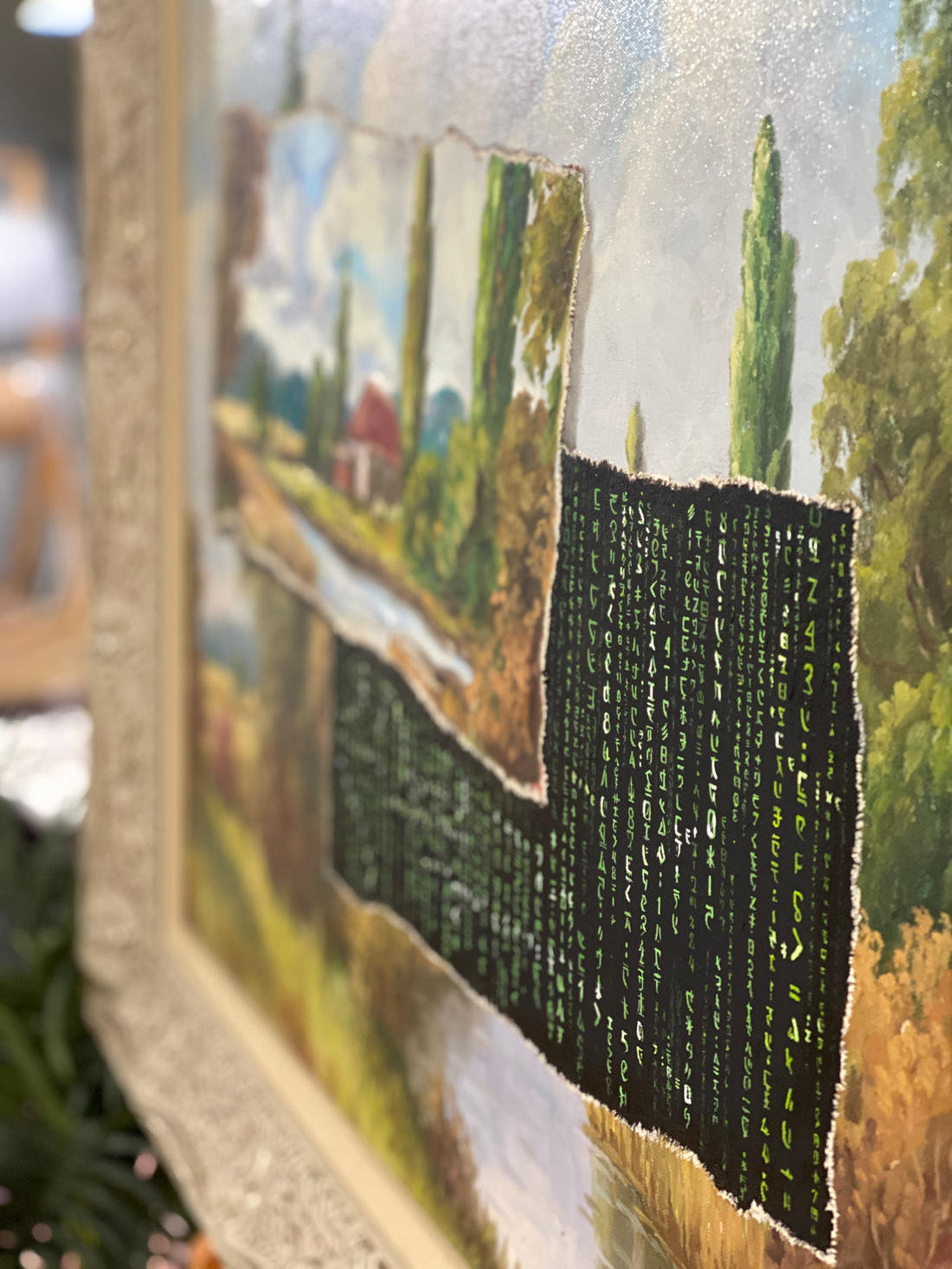 Dave Pollot is a New York based artist who is known for his altered art paintings. He finds unwanted works of art and adds his own twist – most often parodies of pop culture – and in doing so, bridges the gap between classical art and pop art.

His works have been exhibited and found their way into galleries, businesses and private collections in all 50 states and more than 40 countries around the world. His work has garnered media attention in the United States and abroad, including Business Insider, Instagram, and SyFy Channel, and his corporate clients include SONY, Instagram, and McDonalds, among others. When not painting, he can be found spending time with his wife and two dogs.

“Painting has always been a hobby for me, but it wasn't until I started reorienting art in 2012 that I did so with any real consistency. The idea actually started out as a joke between my wife (who loves to shop at thrift stores) and me, but it quickly turned into an attempt to answer a question: Can I take a piece of unwanted art, and without changing its aesthetic, changing its meaning by painting a bit of pop culture into it. » dave pollot